The things start to think

With the »inBin« the Fraunhofer IML and the Chair of Materials Handling and Warehousing of the TU Dortmund present another decisive step towards the Internet of Things. The first real intelligent bin communicates with people and machines, takes decisions independently, supervises his environmental conditions and controls logistics processes. The charge carrier transforms itself into a »co-thinker«.

The things were supposed to learn how to think. This long-standing dream of the Internet of Things is now becoming true! Since a few weeks innovative components such as energy buffer, energy harvester, and microprocessors with 16 or 32 bits and some megahertz pulse frequency and storage of several hundred kilobytes are finally available, which makes the “first real” bin possible: The “inBin”. It is able to manage and control the whole picking process. Every step – from article announcement to confirmation as well as error messaging – is taken directly on the bin. What sounds like futuristic and expensive technology, was also tailored especially for the requirements of logistics on the hardware side: Cheap components, robust construction and maintenance-free operation.

Thanks to energy harvesting the “inBin” is energy self-sufficient, which means it obtains the energy from the environment without the necessity of an additional power source. Special solar cells are already activated at dim 400 lux and the intelligent charge carrier “wakes up”. So, the “inBin” is ready for operation in every environment, in which people are working. Alternatively, there can be used vibrations or strong fluctuations of the ambient temperature as power sources.
Producing only energy is certainly not enough. It needs to be stored in order that the “inBin” can response, if it is standing unmoving in absolute darkness. At this the “inBin” even extends the visions of the last few years. Lowest charging voltage and currents are provided by innovative energy storages. A self-discharge of at most two percent a year procures energy when needed. Standing in complete darkness, the bin can signal about 7000 times before it needs new energy. Then it is sufficient to turn on the light and the “inBin” is ready to use. Consequently, the bin is maintenance free and does not require manual intervention.

A new, patent pending procedure enables localization in the simplest manner: “Inverted” light barriers put the bin in the position to locate its accurate position. Additionally the intelligent bin is able to measure relevant environmental parameters by use of sensor technology and it can report for example, if it is standing in a room with wrong temperature.

“inBins” can not only communicate with each other and form sequential arrangements, but they are also able to establish contact to human beings. Thereby the intelligent bin accomplishes the long-expected connection between man and the Internet of Things!
By means of its graphic display (LCD or e-Ink) the “inBin” communicates with the order picker. By way of a separate Pick-by-Voice-Module it will be possible to talk with the “inBin”. The bin speaks a lot of different languages to ensure a seamless integration in almost every existent communication infrastructure of a company: For instance, it has commands of all popular radio frequencies (such as 433 MHz, 868 MHz, 2,4 GHz) and protocols (such as IPv6/6LoWPAN).

Whether energy source, radio frequency, protocol, encryption or further functions: Thanks to its modular construction, the “inBin” can be individually adapted to almost every logistics process. Even its “IQ” is flexible: Depending on the level of required decentralization, the intelligence of the bin can be matched gradually via variable memory size and computing capacity. In combination with advanced decentralized systems, such as Cellular Facility Logistics, it will be possible to realize dynamic picking in the future. Then the bins induce the autonomous vehicles to build and dissolve spontaneously order-picking areas – the highest level of flexibility!

Data security is also a priority. All the data can be protected by a password using an asynchronous coding with private and public keys. This is enabled by its own cryptographic processor core, which needs only a few microampere power and which reaches a high standard of safety due to a width of 256 bits. Moreover, each bin has a unique identification number by which it is worldwide identifiable and traceable. The ability to interconnect spontaneously with other bins provides even more safety in transportation. The result is a virtual pallet on which the loss of single packages is recognized and reported immediately.

In short: The “inBin” thinks ahead. 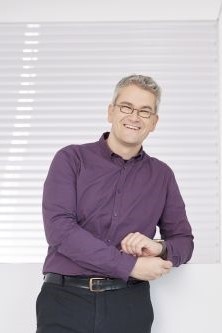